have been around for centuries. In modern decorating the usages seems to have peaks and valleys that cycle ever 10 to 15 years. Right now, area rugs are definitely the ;in floor covering. There are a number of reasons for their current popularity. Rugs are an easy home improvement project.

Carpeting in one manner or another has always been a popular floor covering. The decorating cycle that seems to be prevalent is between area rugs and wall-to-wall carpeting.

One of the inherent problems with wall-to-wall carpeting is the difficulty in cleaning. Carpeting is one of the worst enemies of individuals with respiratory or asthmatic health problems. It traps, dirt, dust, mold spores, animal dander, and a host of other allergens.

The better the carpet, by number of fibers per inch, the worse the problem. Vacuum cleaners, no matter how powerful, never remove a 100% of the dust or other contaminants.

If you don't believe me, use your current vacuum over an area of wall-to-wall carpeting (after vacuuming, with the power still on, hold the hose in the air, stretch and shake the hose as best you can to remove any dust that may be trapped in the hose). Clean out the bag or canister, ensuring that there are no dust remnants. Vacuum the same area again check the bag or canister and you will see more dirt and dust!

Area rugs have the same inherent problem of trapping dirt, dust, and pollen, however they have the advantage that they can be conveniently removed from the home and taken to be dry-cleaned a process which will remove all contaminants including animal dander and other contaminants.

The residential and commercial so called steam cleaners, I say so called because they do not use steam to clean the carpet or rug they use hot water, do a better job than a vacuum, but they still do not remove all the dirt, dust and other contaminants that have made their way through to the under padding. As well, cleaning with water has the potential of doing damage to the floor beneath the carpeting.

An area rug can make a huge aesthetic difference to a room as shown in Figures 1 and 2. 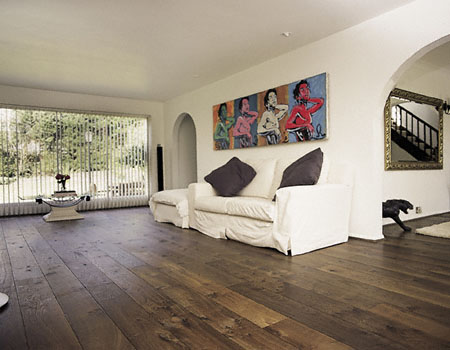 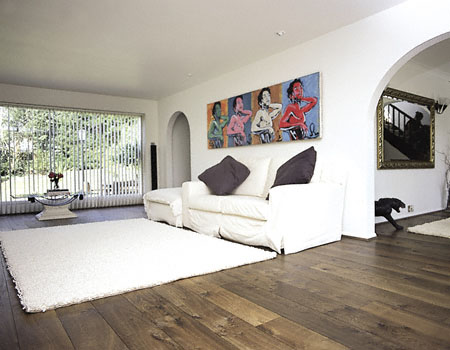 Now that other floor coverings, such as hardwood and laminates have come down in cost and are being manufactured for installation by the home handyman, wall-to-wall carpeting is decreasing in popularity and area rugs are being used to create warmth and decoration. Where wall-to-wall carpeting is generally a flat color, area rugs give a homeowner the ability to decorate with an assortment of colors, patterns, and even textures.

There are basically nine types of materials used in the manufacture of area rugs:

Many wall-to-wall manufacturers sell their end of roles to other manufacturers who cut the remnants to standard sizes and apply edging to the boarders. Although these are sold by the big box retailers as area rugs, the base material is not made to lie flat on a floor. Wall-to-wall carpeting is manufactured to be stretched when installed. This is important to maintain the connection of the fibers to the backing. Wall-to-wall carpeting used as an area rug, will curl and will a relatively short life span.