Have you ever wished that a light in an attic, closet or other area would turn on automatically if a door was opened or if you entered a room? 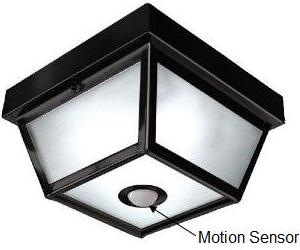 There are basically two methods to have a light turn on automatically.

The use of a occupancy sensor or motion detector sensor is the easiest installation for an automatic light.

There are many different types of motion detectors. However the types can be broken down into three categories; 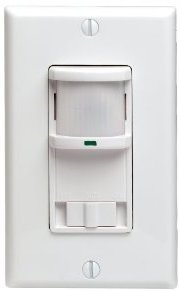 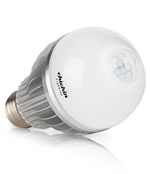 Door switches are much more difficult to install than a motion sensor and to retrofit a door switch into an existing door frame will usually require that at least one hole be made in the drywall, and in some cases multiple holes may be required in order to fish the wire from the light fixture to the door switch. The door switch is mortised into the door frame.

A door switch, as shown in Figure 4, is a switch that is automatically turned ON and OFF with the opening and closing of the door. It functions in the same manner as any electrical switch with the exception that instead of manually flipping a toggle to the ON or OFF position, the edge of the door flips the switch for you.

Door switches can be used on standard passage doors and bi-fold doors. Door switches generally do not operate well when used with pocket doors or sliding doors.

Note: Door switches are generally rated for indoor use and care should be used if you are considering installing them on exterior door frames, especially in cold climates. In many cases the door frame can reach temperatures below freezing. If you are installing a door switch on an exterior door in cold climates ensure that the door switch is rated for the maximum cold temperatures that it might be subjected too.

Note: Door switches can also be installed in attic access hatches or panels and work exceptionally well in situations where the door for the attic access is hinged.