Over The Top Of Foundation Wall 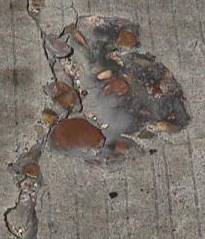 Porous concrete, or as it is known in the trade as honeycomb concrete usually occurs when the concrete has not been thoroughly mixed and the Portland cement has not covered all of the gravel within the concrete mixture. Spalled concrete occurs over time as the concrete naturally deteriorates the surface layer begins to wear down.

Spalled or honeycombed concrete may also accompany vertical cracking as shown in Figure 14.

The best remedy for honeycomb or spalled concrete is to apply a membrane over the area on the outside of the wall where the damage has occurred. If the areas that are damaged are relatively small, they can be repaired on the interior side of the wall by using specially formulated concrete resurfacing compounds. 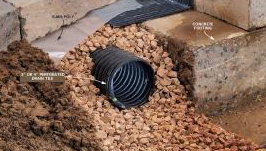 The area where either a poured concrete wall or a block wall meets the floor is called the cove joint. This joint is not watertight. The concrete sits on the footer that was poured to support the wall. If water is underneath the floor concrete slab and is under pressure it will seep through this joint and enter the basement. The problem is called to high a level of hydrostatic pressure.

The remedy for water seepage caused by hydrostatic pressure is to lay perforated drainage piping below the concrete floor around the perimeter of the floor. It is best if this is done on the interior of the basement, as shown in Figure 16, where the collected water is delivered to a sump pump to be removed. However, it can be treated on the exterior of the home by excavating to the footers and adding perforated drainage piping around the foundation as shown in Figure 16b. 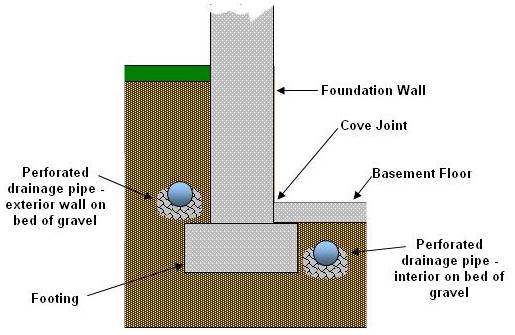 Figure 16b - Placement of drainage pipe on interior and exterior walls