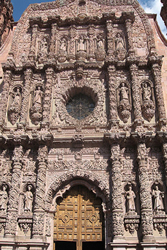 Cantera stone mimics the texture and porosity of sandstone with an appearance that closely resembles the traditional look of marbles and granites, and in fact many individuals who have purchased items made from cantera stone have thought they were purchasing marble.

Cantera stone comes in a host of different natural earth colors, from blacks to reds, tans and browns.

When considering a natural stone for its versatility it is hard to find any other natural stone that has the same capabilities. Cantera stone can be used in any number of home improvement and decor products as shown in Figures 2 through 7: 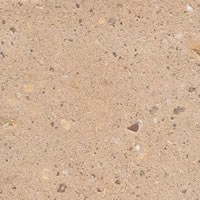 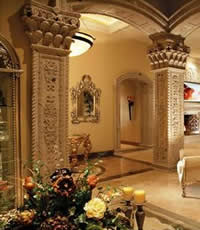 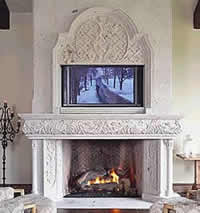 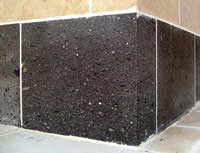 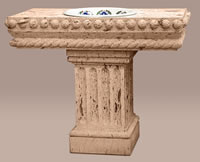 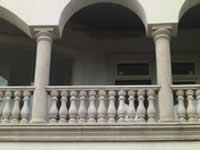 The history of cantara stone.

Europeans have been using cantera stone for thousands of years to create building facades, as shown in Figure 1, interior structures and works of arts. The Spanish brought the expertise to carve cantera stone into pieces of elegant art work to the South, Central and North America in the 1600s. Using cantera stone as the raw material to create statues and other pieces of art caught on in Mexico and the other Spanish colonies. Today, almost all of the cantera stone sculptures and art work are hand worked in Mexico and shipped to other parts of North America for sale

Where is cantara stone used? 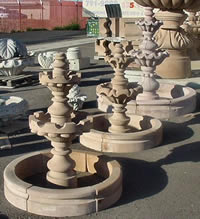 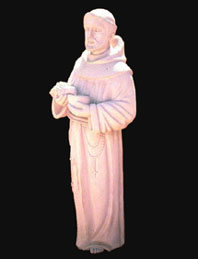 Cantera as a flooring material

Cantera stone makes an excellent tile for flooring almost any room in the home. It is impervious to moisture which makes it a non-slip surface in bathrooms and laundry rooms or any other area in the home where there are high levels of moisture or where water can lay on the floor. Outdoors cantara tile is a good choice for the decking around a pool. It is installed in the same manner as any other natural stone floor tile such as marble or granite.

To avoid staining your cantera tile floor you should seal it with a high quality natural stone penetrating sealer.

Note: Because cantera stone is very porous it should not be used as a flooring in kitchens. It is nearly impossible to seal cantera stone to a point where bacteria will not grow within the tile.