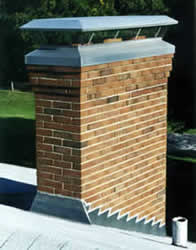 The chimney has no protection from the elements. It sits above the peak of the roof and by most municipal building codes must be at least 3 feet high. Over the winter snow, ice and wind can easily damage the chimney structure. This damage can not only be a safety hazard but can allow water to penetrate into the attic and run down the inside of walls causing more damage to the interior parts of your home.

If you are comfortable climbing to your roof and walking around it, you can do your own chimney inspection and repair any damage that may have occurred.

Note: When working on your roof, safety has to be your prime concern. Make sure that all ladders are tied off and that safety harnesses are used as required.

When inspecting your chimney these are the items that should be investigated and repaired as required: 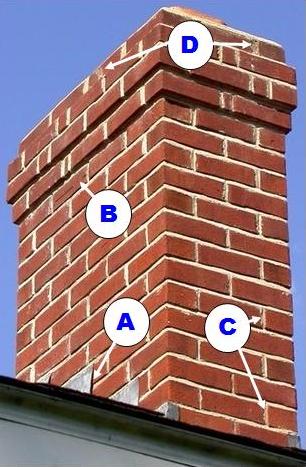 The bricks on your chimney have a limited life and if water has penetrated the surface and then frozen it can cause pieces of the face of the brick to break off, as shown in Figure 2 B, or the bricks can develop cracks which will allow for the ingress of water. Inspect the bricks to identify any cracks or broken bricks, bricks that are cracked or broken should be replaced.

The mortar joints between the bricks on your chimney can become damage from water that has penetrated the joint and frozen. The mortar may separate from the brick and/or crack, as shown in Figure 2 C. Damaged mortar joints can be repaired by chiseling out the damaged areas and adding new mortar in the brick joints.

The chimney crown is the brick work at the top of the chimney that caps the chimney and surrounds the flue. Ice and snow have a tendency to build up in this area and can easily damage bricks and mortar joints, as shown in Figure 2 D. Identify and repair any damaged bricks and/or mortar joints. 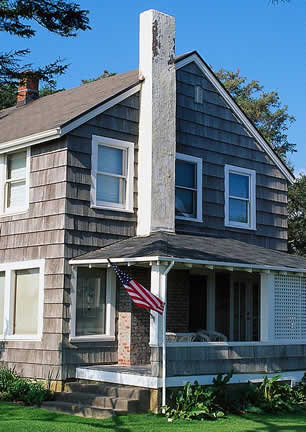 If your chimney is coated with a layer of stucco, ice that has penetrated the surface can cause the stucco to flake off, as shown in Figure 3. This will allow water to enter the home and should be repaired immediately. Once stucco has started to flake off it will continue to flake off until the repair is accomplished.

After repairing any damaged bricks and/or mortar joints you should ensure that you have a created a waterproof structure. You can test the chimney for potential water ingress by applying water from a garden hose or bucket and watching for the reaction. If the bricks and mortar absorb the water quickly and become darker it is possible that you have a porous area. To remedy this situation apply masonry water repellent.

During the inspection look for any debris that may have entered the chimney over the winter months.

The chimney flue cap, as shown in Figure 5, is an essential part of the chimney. It prevents debris and small animals from entering the chimney. Winter weather can damage the flue cap and its mountings; not only allowing debris and small animals from entering the chimney but it can have an effect on the updraft from the appliance or fireplace that is being vented. A properly installed flue cap will extend the life of the chimney and make it safer to operate your heat generating appliances. 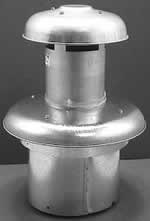 Chimneys are one of the items in a home that is out of sight and out of mind. It is important to have your chimney inspected at least once a year. If this is not a project that you are comfortable in undertaking then you should hire a professional.

Along with the inspection is repairing any defects that may be identified as well as cleaning the chimney liner.

The safety and well being of your family may depend on the proper functioning of your chimney.