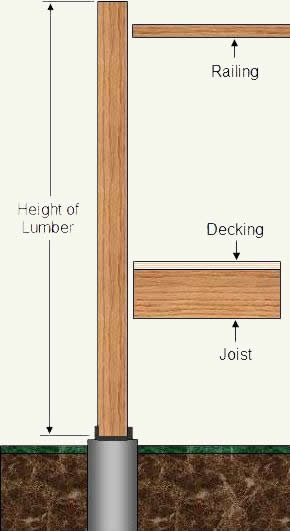 The railing post position is inset on the deck by the thickness of the rim joist. It most cases there will be a second joist on the inside of the post, sandwiching the post between two joists, as shown in Figure 13. 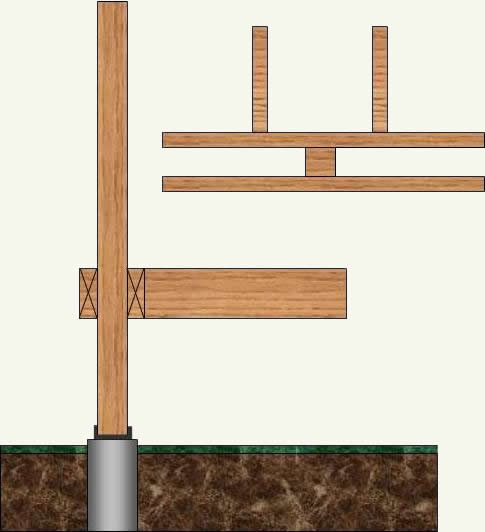 This style of railing, deck support construction is very strong and makes the deck extremely stable. This style of construction also avoids the problem associated with notching, although if you want the railing post to be in line with the outside edge of the deck, you can notch the support column/railing posts to accept the rim joist, as shown in Figure 14. 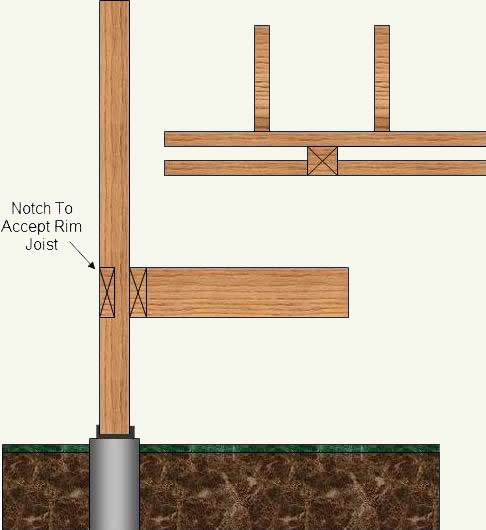 A surface mounted deck post is attached to the deck flooring using a mechanical form of fastener or bracket. There are many different styles of fasteners or brackets available. Two are shown in Figures 15, 16. 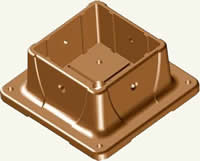 It is definitely easier and hence much quicker to use surface mount deck posts then it is to notch out a 4 x 4 piece of lumber. However, I do not like surface mounted deck posts. I do not believe that they provide the strength that one gets from a notched deck post that is attached to the floor joists and safety becomes a key issue.

Secondarily, I do not like the appearance of the surface mount products on the finished deck.