By performing an investigation of the area to be demolished and then taking into consideration what has been identified, one can save a lot of time, effort, money and heartache.

As an example. A wall that currently separates two rooms is to be removed in order to make one large room.

The items that have to be considered and investigated are:

Invest in proper safety equipment, at a minimum: 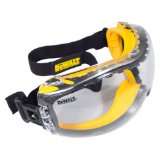 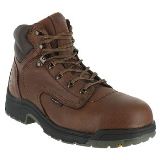 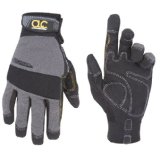 If you are working with plaster or drywall then a dust mask is critical.

Predetermine what you are going to do with the material that you demo. Don't forget the safety aspect, throwing it in the backyard where the kids play, is probably not a wise idea. Remove or flatten any nails that protrude from demolished lumber, at the time that you remove it. Leaning glass or windows against walls that are not protected from wind will result in a pile of broken glass.

Clean the site regularly, it is much easier and safer to work in an organized environment then an area that is cluttered with demoed material and tools.

Try to seal off the area that you are working in to prevent dust from spreading throughout the home. This can be done by hanging plastic sheeting over doors. If you have a central air heating or air conditioning system, cover return ducts so that dust does not enter the system and clog and damage air handling equipment. Drywall dust is extremely abrasive, if it gets into the motor bearings of your air handling equipment it will destroy the motor.

Invest in proper demolition tools. Depending on the project this may include:

Sledge hammers. Do not use your $35.00 hammer for demo, it wasn't made for demo work.

Some of these demolition blades have a plunge cutting tooth design, as shown in Figure 2, which allows the operator to cut into walls without having to pre drill access holes. 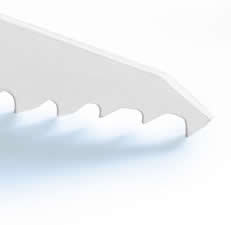