The strike plate, as shown in Figure 1, is that piece of hardware that is mounted on the door jamb. The strike plate catches the door bolt, which is part of the passage set, and holds the door in a closed position. 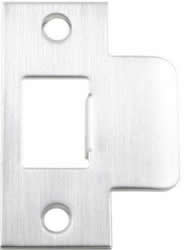 The shifting and setting of a house or other building can cause an interior or exterior door to go out of alignment and in some cases it means that the door bolt will no longer seat properly in the strike plate, hence the door will not remain in the closed position.

Note: Before attempting to repair a misaligned strike plate make sure that the problem is not loose hinge screws or a damaged hinge. It is also likely that the door is sticking, as well as the strike plate being out of position. 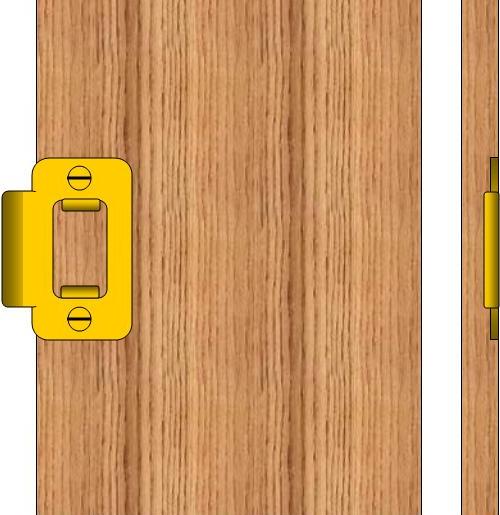 Realigning a strike plate is not a simplistic project, if you want to do it properly. You will require a sharp wood chisel.

Using a sharp wood chisel, preferably 1 inch or larger, remove the material between the lines and the old position of the strike plate.

Note: In our example the strike plate has rounded edges. Put the strike plate in its new position and trace the rounded corner in its proper position. Then, you will have to use a small chisel or if you are comfortable with a router use it to take out the excess material.

Place the strike plate in its new position and determine:

Note: If you have to fill in the old large door bolt hole the best way to do it is with two part epoxy wood fill and a piece of dowel that fills the hole as best possible. If you are using a two part epoxy wood fill then fill the old strike plate screw holes at the same time. Allow the epoxy to dry thoroughly before drilling any new holes, this usually means at least 24 hours. 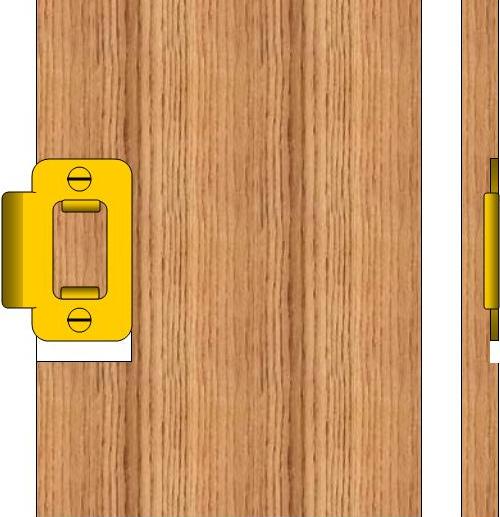 Note: If you have a natural wood finish or stained wood finish on the door jamb where you can see the wood grain, it is almost impossible to do a repair that is not noticeable. The exception being that a furniture refinisher can make those types of invisible repairs, however it may be difficult to justify the expense.