The chimney is the shaft through which hot gases and smoke are exhausted to the outside. The hot gases in the flue are lighter than the cold air outside. They therefore rise, displacing the cold air above, thus providing natural air circulation, called an updraft, in the chimney, as shown in Figure 1. To prevent the possibility of downdraft, it is important that the chimney extends a minimum of 2 feet over the highest peak in a sloping roof and 3 feet over flat roofs, as shown in Figure 2. 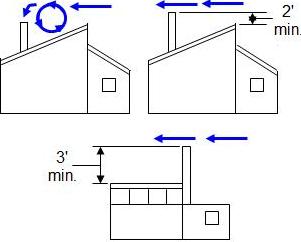 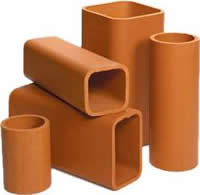 The flue must run as straight as possible. A pronounced offset in a chimney can become an obstacle for easy passage of gases to the outside, which might eventually block up the chimney entirely. It is also easier to build a straight flue. If an offset is absolutely necessary, it should be such that the center of gravity of the upper portion falls within the opening of the lower portion, as shown in Figure 3. 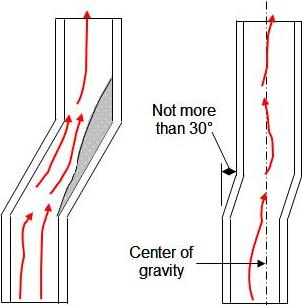 Chimneys have traditionally been constructed out of common brick. This type of brick cannot withstand hot gasses that will rise up the chimney. For this reason, the inside of the chimney or flue is lined with fire clay or insulated steel. No other material such as plaster should be substituted. Plaster cannot withstand such high temperatures and will crack, leaving the brick exposed and becoming a fire hazard. Flue lining comes in sections, as shown in Figure 4, that are inserted in the brickwork as it is being erected. The brick walls surrounding the flue should be no less that 4 inches think, or as required by local building codes. 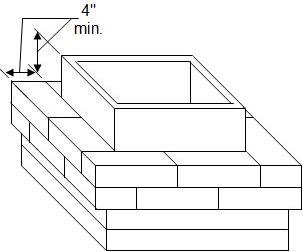 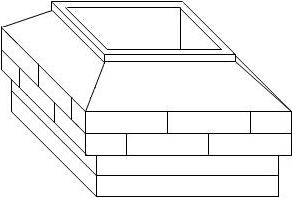 Additional information on how to build a masonry fireplace