The following procedure details the construction methodology for a crawl space foundation:

A foundation that provides a crawl space under the floor can be constructed in two different manners:

The footing can be poured in 2 manners:

In both cases, rebar reinforcing as previously described should be used in the footings.

The following procedure details the construction methodology for a basement wall foundation, as shown in Figure 4: 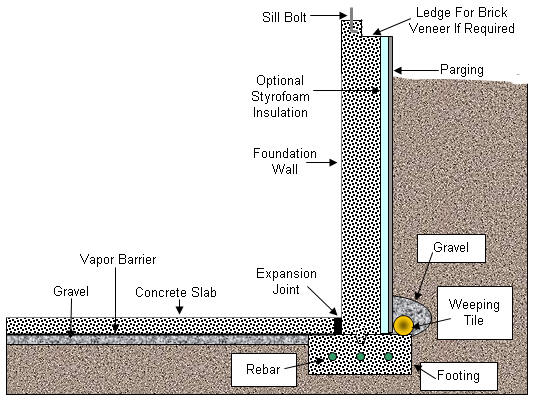 To properly construct your new basement you must: