French doors, as shown in Figure 1, are not just a replacement for sliding glass doors nor are French doors always configured in twos. A French door is simply an interior or exterior door that has glass from the top to the bottom and from side to side, mounted in a frame. In some cases the glass is multi pane, but in all cases it is, for all intent purposes, a glass door with a frame. 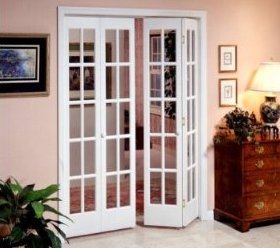 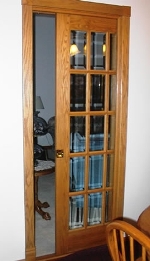 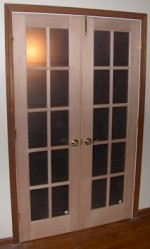 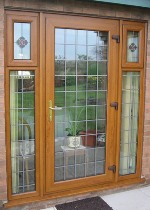 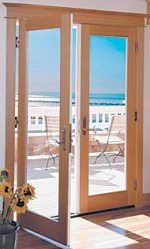 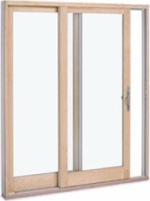 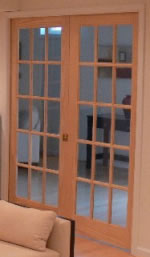 The biggest advantage to using a French door is that it allows a great deal of light to enter the room. If used on the exterior of the home it has a equal light enhancing affect in the room as does a picture window.

The second advantage is on as an interior door. It makes the room feel larger, as the size of the room appears to take in the area on the opposite side of the door, while still affording some sense of privacy.

Aesthetically they add to almost any decor and make a wonderful first impression for guests.

As with most things nothing is perfect and there are some disadvantages to French doors.