Heat pumps, as shown in Figure 1, have been around for a number of years, but many homeowners do not understand how a heat pump works. 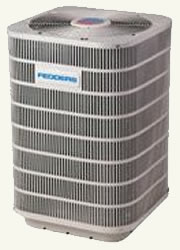 If you are going to make an informed decision on whether a heat pump is right for you, it is important to have a basic understanding of its principle of operation.

Principle operation of a heat pump.

A heat pump is a heat exchanger that uses a small amount of external energy to transfer the heat or cold of one item to another item. Hence, it can be used to heat or it can be used to cool. Most residential heat pumps are designed to do both functions. In the winter the heat pump reduces the energy costs to heat your home and in the summer it reduces the costs to cool your home.

A vehicle’s cooling system is the one of the simplest forms of a heat pump and in fact is two heat pumps. 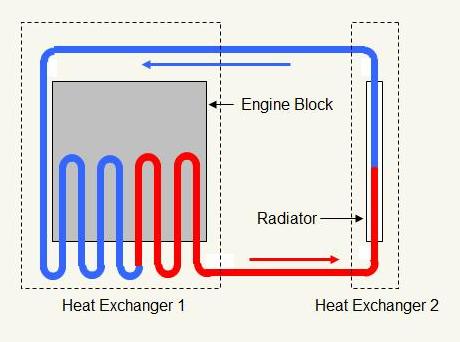 The same principle is used in air conditioners.

In a portable air conditioner, air is passed through a set of cooling coils that are filled with a compressed gas, making them quite cool. As the air passes through the cooling coils it gives off its heat to the coils and hence reduces its temperature, providing cool air to the home.

A central air conditioner uses two heat exchangers. The first is located in the plenum of the forced air furnace. The hot air from the home is forced passed a set of cooling coils, the hot air transfers its heat to the cooling coils and the air that leaves the coils is cooler than the air that entered them. The warmed gas is then sent to a second heat exchanger, on the outside of the home where it transfers the heat from the compressed gas to the outside air.