While plasma and LCD big screen televisions are getting bigger, manufacturers are coming up with many ingenious ways to conceal them when they are not in use. 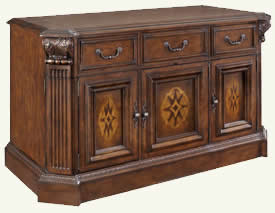 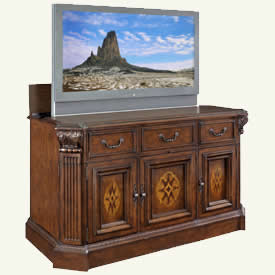 One manufacture has developed a plasma and LCD flat panel television lift, which allows the flat screen TV to hide in the back of a credenza, as shown in Figure 1 in the closed position and Figure 2 in the open position.

To augment the television lifts, numerous pieces of high quality furniture have been developed which have the lift built in, samples of different television credenzas with built in plasma and LCD television lifts are shown below in Figures 5 - 9. These pieces of furniture, usually called TV credenzas have space for the electronics necessary to support the big screen tvs as well as hidden infrared transmission systems, as shown in Figure 4, that allow the electronics to be controlled via standard remote controls while the doors on the television credenzas remain closed. 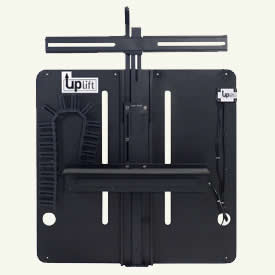 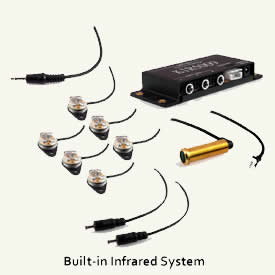 A cabinet maker can easily incorporate a plasma and LCD television lift into the back of any cabinetry. 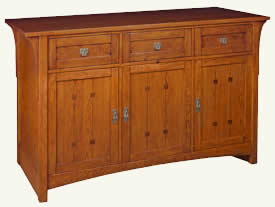 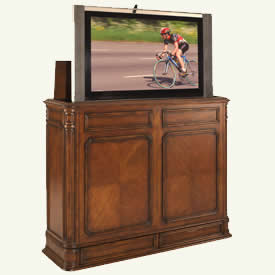 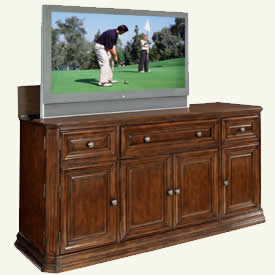 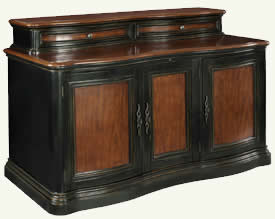 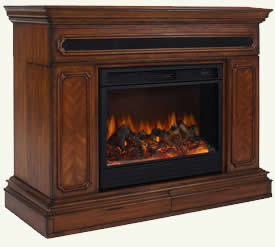