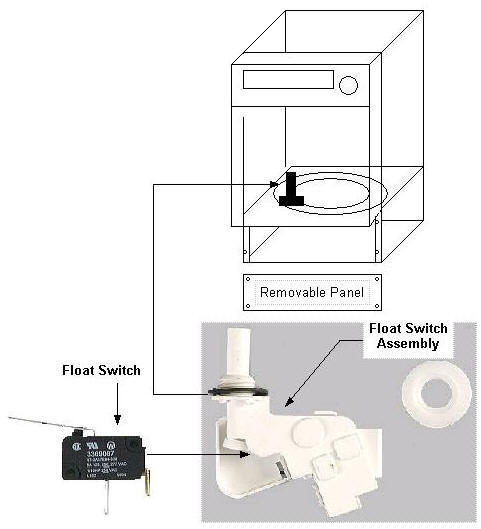 Note 1: You may have to disconnect the wires that attach to the float switch in order to remove the assembly from the base of the dishwasher. In most cases the wires will be attached via slip on lugs. Use a pair of needle nose pliers on the lug portion. Remember to identify which wire is connected to which lug.

Note 2: Some manufacturers encase the switch in the assembly to the point where it cannot be independently replaced and it requires the replacement of the complete float switch assembly. Your appliance parts supplier will know your requirement based on the manufacturer and model number.