You will not generally find stress-graded lumber at your local lumber yard; it is usually ordered specially. Yard lumber is divided into the following subcategories:

Lumber sold in the yards bears the stamp of the manufacturer, indicating the tree from which it was cut, its grade, and its moisture content, as shown in Figure 2. Sometimes the stamp may indicate the suggested usage as well, such as "stud". 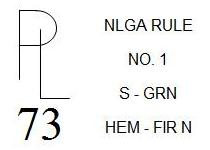 Categories Of Lumber & Their Uses:

Beams, as shown in Figure 3, are larger, in cross section not necessarily length, than joists and transfer their loads to vertical supports or to girders. 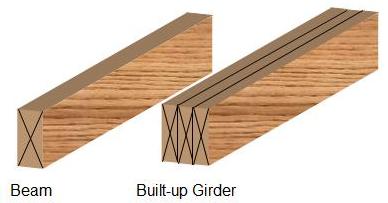 Joists, as shown in Figure 4, are usually 2 inch (nominal) in thickness used to directly support floor or ceiling, and supported in turn by a larger horizontal member (beam or girder) or a bearing wall. Joists are generally spaced at small regular intervals, such as 12, 16 or 24 inches on center. 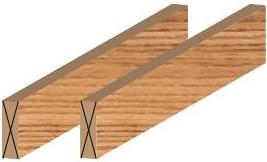 Girders, as shown in Figure 4, are similar to beams, only larger in cross section.