One of the most frustrating things that can happen after a remodel that involves the installation of new drywall or in a new home are nail pops in the drywall (Figure 1). Nail pops are nail heads that appear, apparently for no reason, after all the filling and painting has been completed.

Nail pops are not uncommon and are generally the a result of a few factors either independent of one another or a combination. All of the causes are based on a gap between the wall stud and the drywall, as shown in Figure 2. 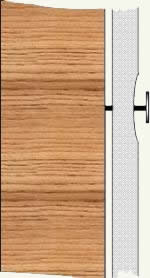 Figure 2 - Gap between drywall and wall stud can create a nail pop.

The use of steel studs avoids nail pops completely. For two reasons. Steel studs do not shrink or warp and drywall on steel studs must be installed with screws.

Of course the easiest way to avoid nail pops is to install drywall or any other sheet product with screws (Figure 3) rather than nails. Screws will pull the drywall hard up against any structural member.

Repairing nail pops is not a difficult project.

It is best if someone is pushing on the drywall to force it up against the stud, as you reset the nail.

For the best repair, after driving the nail back into position, drive in a screw (make sure it leaves a small dimple in the drywall) approximately 3 inches above or below the nail that has popped.

You may discover that as you reseat the drywall against the stud, that additional nail pops occur, this is not an uncommon occurrence.

Make sure that all the nails pops have been taken care of before you start working with the joint compound or spackle and paint.

If you have a lot of nail pops you may wish to consider reseating the entire piece of drywall by adding a number of screws. Push the flat of your hand against the drywall and see if the sheet moves in and out.