"Protect your Home, Hurricane and Flood preparation tips to help you avoid disasters from striking" 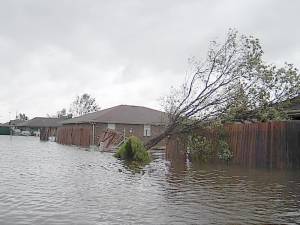 According to a survey, more people feel that owning a house is more costly than renting an apartment. Practical people say that this is due to the fact that homeowners have to face not only maintenance costs but also taxes and interest if the house was purchased through a loan. Some people also claim that it is difficult to raise the money needed for a down payment and this is complicated further by bad credit. People who live in the city feel that having their own home is a liability especially when they are single and are living in their prime.

Despite these disadvantages in purchasing a home, a lot of people still purchase their own home. People who already have their families are among the best clients of real estate agents. Having a stable and secure home is one of the basic needs of children who are growing up. Having close friends in the community is important for your precious ones as this helps build up their confidence. With their children having friend’s parents know they can trust, it is much easier to raise kids. A house is an investment, both emotionally and financially and as a homeowner, you probably have taken out insurance to protect your home.

Unfortunately, not all homeowner’s insurance completely cover damages from hurricanes and other natural calamities. If you do not take the proper precautions, you might lose the memories you’ve built with your house, not to mention the thousands of dollars you’ve invested! Even if you don’t live in hurricane-prone areas such as Florida, hurricane awareness and preparation is important to prevent panic, which could magnify the problems during natural calamities such as storms and hurricanes. While it is true that no house is hurricane proof, there are some steps that homeowners can do to protect their homes against hurricanes and the almost inevitable flooding that follows.

The A-B-C of Hurricane Safety

Preparing homes for hurricanes is as easy as A-B-C: anchor, brace and cover.