The most important rules of carpentry are summed up as:

The best materials, finest tools and greatest design will not correct a structure that has been put together contrary to these principles.

Errors in initial plumb, level and square compound throughout the entire project as it progresses.

Fortunately each of the parameters of plumb, level and square can be easily checked and continuously monitored.

There are two tools used to check the plumb of an object: 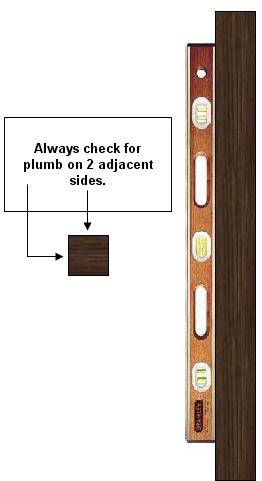 The longer the carpenter's level the easier it is to obtain a true plumb reading. A 48 inch level works best when working with columns or posts over 4 feet in length.

When working with a level, close is not acceptable, the bubble in the vial must be dead center.

A new innovation is a level clamp that will actually hold a level against a post, working as a third hand, allowing you to set the plumb of a column or post without having to hold onto the level, as shown in Figure 2. 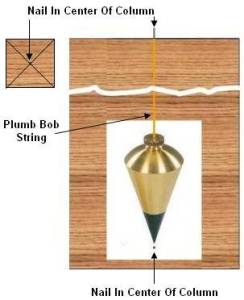 There are three methods to check level. 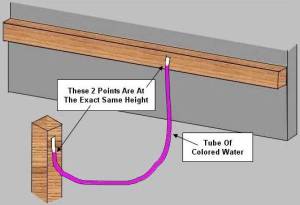 To help see the water level in the tube consider adding some food coloring to the water.

Newer water levels have electronic readouts, as shown in Figure 5. 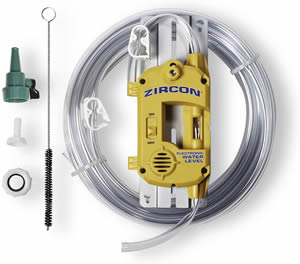 Most construction projects are rectangular or made up of several adjoining rectangles. If the corners of any frame are not square it is much harder to install joists, sub-flooring, roof rafters or any other adjoining framing.

To determine if you are working to square measure across the diagonals of a frame, corner to corner, as shown in Figure 7. 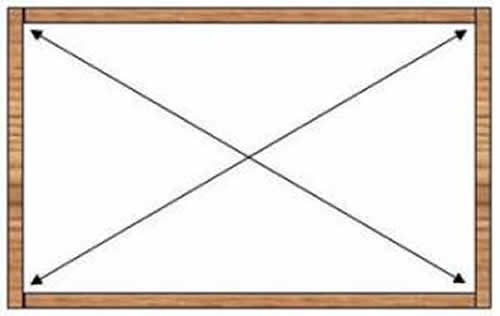 If the square of rectangular frame is truly square both dimensions will be identical. The actual measured number has no meaning, other than as a match to the opposite diagonal. The measurements should be within 1/32 of an inch of each other.

To check the square of a corner, when you do not have a rectangle or square to work from you should use the 3-4-5 method, as shown in Figure 8. 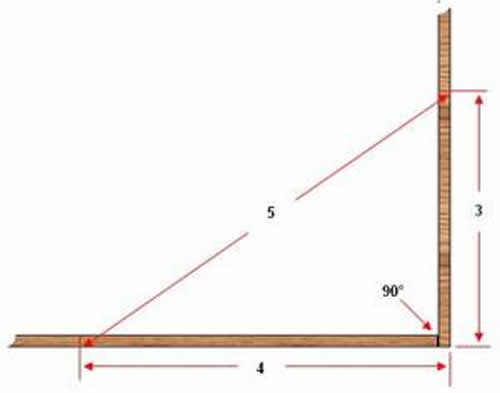 It is not necessary that the 90 degree angle that you are wishing to confirm has measurements of 3, 4 and 5.