Most decks designs are based on a number of posts that rest on concrete footings or are imbedded in concrete and in turn these posts take the weight of the deck, as shown in Figure 1. 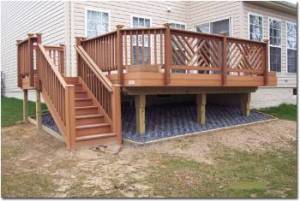 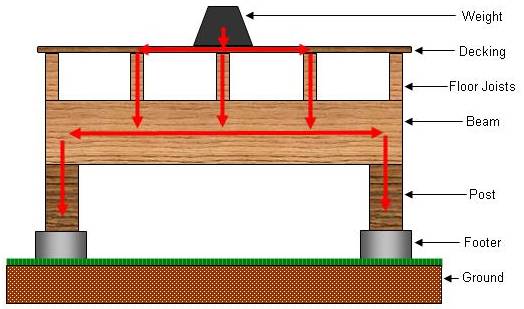 Figure 2 - Transfer of load through post and beam construction

The method employed to join the joists to the beams and the beams to the posts makes a big difference to the structural strength of the deck and as well, its longevity. 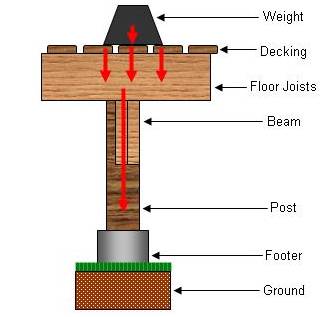 Although the aforementioned construction method provides the best possible support, there are some variations that can be utilized. You can notch the post so that only one of the beam members is actually resting on the post and the other is bolted to the first beam. Adding a support that is well fastened to the beam increases the strength as shown in Figure 4. 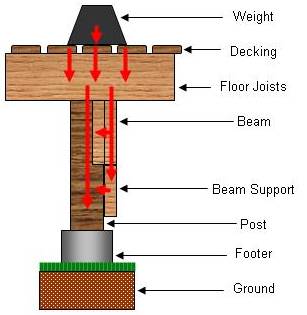 In those cases there are brackets, called joist hangers, as shown in Figure 5, designed to make the connection and transfer the load. Joist hangers come in a variety of sizes that will suit any size floor joist in combinations of single, doubles and triples.

Stainless steel fasteners should also be used to connect decking to any pressure treated floor joists.