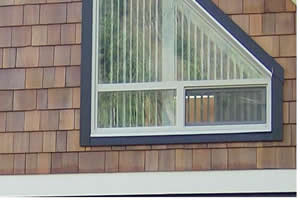 There are several things you should be aware of before installing shakes or shingles. Shakes come in varying widths. Try to spread the widths out evenly so that you don’t get a concentration of narrow shingles at one end and wide ones at the other, as shown in Figures 2a and 2b. 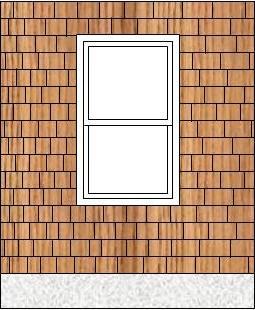 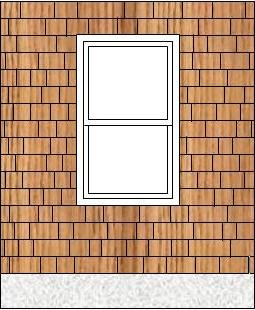 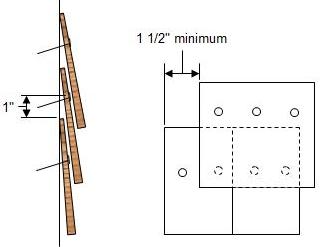 As with siding, shingle joints are the areas of least resistance to weather. For this reason, the joints should be staggered so that no two courses have joints overlapping any closer than 1 1/2 inches, as shown in Figure 3.

The chalk line together with a wood board (a straight piece of 1" X 3" or 2" X 4") serves as a guide to align the shingles. Because the wood board cannot be nailed to the concrete foundation wall for the first course, shingles are nailed to either end of the board to serve as nailers to the sheathing above, as shown in Figure 5.

Nail the board in place aligned with the chalk line. The first row of shingles is located using the wood board as a guide, as shown in Figure 6.

The reason for using the bottom of the shingle as a measuring point rather than the top is that shingles may vary slightly in length. Since the bottom is the part that remains visible, that’s the part that should be carefully aligned.

Use two nails for shingles 8 inches wide or less and three nails for wider shingles.

Once the shingles are nailed, remove the board and reset it until the first course is complete.

A second layer of shingles is applied directly over the first course. With the double course finished, start the second course by measuring up from the bottom of the shingle the distance it is to be left exposed, that is, 7 1/2 inches for 16 inch shingles. Snap a chalk line. Again align the wood board with the chalk line and nail it directly to the sheathing. Rest each shingle on the top of the board and nail it in place.

Make sure when you drive in the nails, that you do so about 1 inch clear of the course below , as shown in Figure 3. The following courses are laid in the same manner.

The space that should be left between shingles varies with the amount of moisture present in the wood. If the wood is new and damp, you can butt them against each other. If it is old, leave a space of 1/8 inch to 1/4 inch to allow for expansion under moist conditions. Generally, the cheaper the grade of shingle, the drier it is and the more it will expand. When shingles meet windows and doors, merely butt the ends to meet the frame, leaving enough expansion clearance depending on the moisture content of the shingle.

Both exterior and interior corners are handled in essentially the same manner. For an exterior corner, nail one shingle flush with the corner edge of the sheathing. The shingle meeting it from the other side will overlap this one. Nail the overlapping shingle. The excess wood is cut off with a hatchet, as shown in Figure 7. 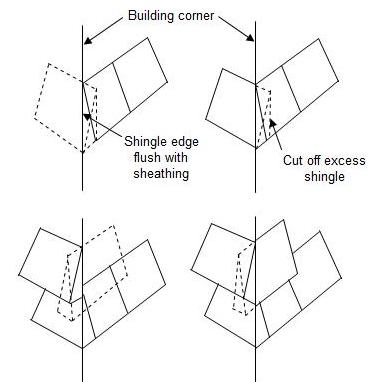 Laps should be alternated in each course.

Interior corners are handled in the same way. The only difference is that instead of nailing the second shingle and cutting it in place, it is held in place and scribed. It is then cut and nailed in place.