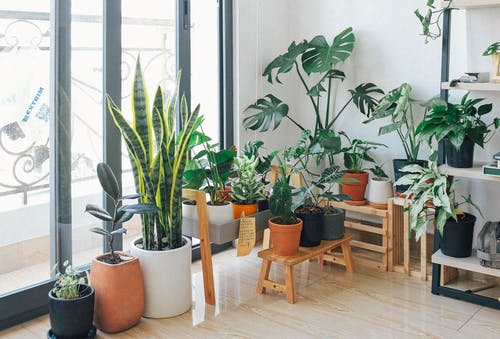 Planting vegetables and flowers is containers and planters sounds like a relatively easy project. However, to ensure success it is important that the correct soil mixtures are used. Container and planter gardening requires a different soil than one would normally use or find in a traditional garden environment. Even the most experienced gardener has had problems when starting container or planter gardening when their expertise and success has been in traditional gardening.

By far the best choice for soil for containers and planters are those soil blends that are designated by manufacturers as "potting mixes". Each manufacture has their own blends and some are better for certain types of plants and vegetables. It is important to read the bag and follow the manufacturer's recommendations on which soil blend to use for which types of plants.

Potting soils are blended from a variety of materials including:

While many individuals will have success with a high loam soil, other's may have problems as loam can be contaminated, depending on where it was gathered. Using regular garden soil is almost certainly a guarantee for failure. Garden soil often contains weed seeds and roots, and bacteria that can cause the container or planter plants to develop a number of diseases. However, the primary reason that garden soil is not a good choice for planters and containers is that it will compact very easily and once compacted will not drain sufficiently.

Many individuals create their own potting soils and many have their own secret blend which has brought them success over the years.

Self Made Potting Soil Mixtures

Before adding the potting soil to the containers or planters it is best to wet the soil and mix it thoroughly. Soil that is not wet is more likely not to accept watering evenly throughout the container, ending up with sections of soil that are dry, which will act like a sponge and absorb water that is intended for the roots of the plants.

The inside of clay pots should be wet when adding the potting mixture so that the clay does not suck the moisture out of the soil.

The wise container and planter gardener uses fresh potting soil each year, taking last year's soil and mixing it into their compost heap. However, many successful gardeners only change out half of the soil each year. In the writers opinion, although this may save you a few dollars on soil it has the potential of ruining your plants and that is a much larger investment than the a few bags of potting soil.

If you are planting perennials or small shrubs in containers you can make an excellent potting soil by combining one part each of composted bark, peat moss, homemade or purchased compost, washed sand and perlite. The perlite provides the potting soil with the ability to drain excess water. If your soil appears to compact easily add additional perlite to deter the soils ability to compact.

When planting large clay or wood containers and planters, it is best to position them first, add the soil and insert the plants. Moving large containers can be difficult before potting soil is added and near impossible afterwards.

You can always add additional compost to break up the soil if the plant is mature. New plants and seedlings may find the compost to rich, which could in turn damage the plants.

Many plants will not work with any standard mixture and require a specialty blend that suits their needs and requirements. Cactus and other succulent plants which have adapted themselves to grow with limited water require soils that will drain exceptionally well. Creating a potting soil for these plants requires a large proportion of perlite. One formulation would be 10 parts perlite to 8 parts regular potting soil (purchased or made) and 2 parts washed course sand and 1 part rock dust. After planting spread some small aggregate over the surface of the potting soil. The aggregate will prevent rot from forming on the crowns of the plants.

Succulents grow much better in an acid soil and the addition of one tablespoon of plain white vinegar to 5 gallons of water when watering the plants will provide the necessary acidity.