Measure the distance and subtract 1/8 inch. Write this number down!

Note: It is important that you lay the vinyl planks in the middle of the room, as shown in Figure 3. In most cases the room is widest at the center of the room.

Note: Change the blades in your utility knife frequently. 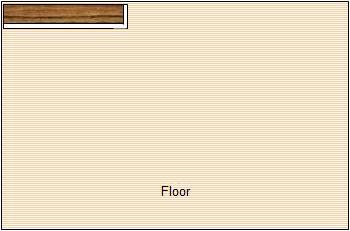 Note: It is important that the all seams are perfectly aligned. Any small error in alignment will multiply itself as you continue to add additional vinyl planks to the floor. If the vinyl plank flooring is not straight do not try to correct it by adjusting the next row. Peel back the vinyl planks that have been installed and re-install them paying attention to the alignment.