Problem: Difficulty in operating a door or window.

Cause: Warp or distortion of frame. 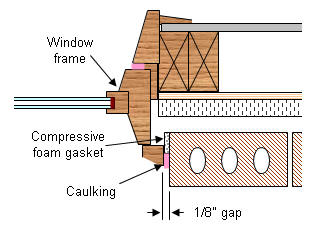