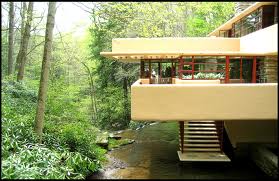 Although a cantilever should be calculated mathematically, we need not go to the trouble if the length, the distance out from the support, is short. One helpful rule of thumb is to be sure that the cantilevered structural member is continuous with the span next to it. The part that overhangs the support should not be longer than 25% of the length of the adjacent, fully supported part, as shown in Figure 2. 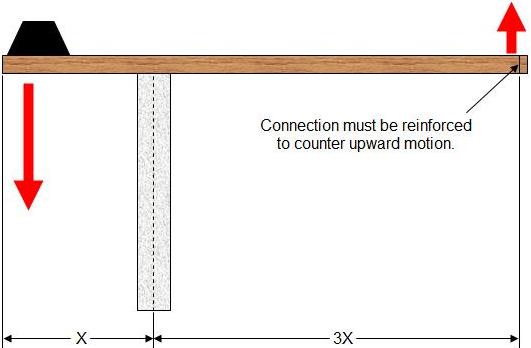 The non-cantilevered end must either be counterweighted or firmly anchored to its support to counter the upward tendency that comes about when a load is placed on the overhang.

If the cantilever occurs parallel to the run of the joists, this rule is easily applied. The regular joists are merely extended so that they span the length between the supports and also the cantilevered length. A header is placed at the end of the projection to supply rigidity to the joists. The joists on either end of the projected portion are referred to as trimmers, and they are doubled. Solid bridging is installed between the joists, over the support, to maintain the structural integrity of the beam.

Additionally, the ends of the joists are rigidly connected to the outside girder with joist hangers

. The hanging pocket is put on the top since the stress is generally upward, or gravitational as shown in Figure 3. 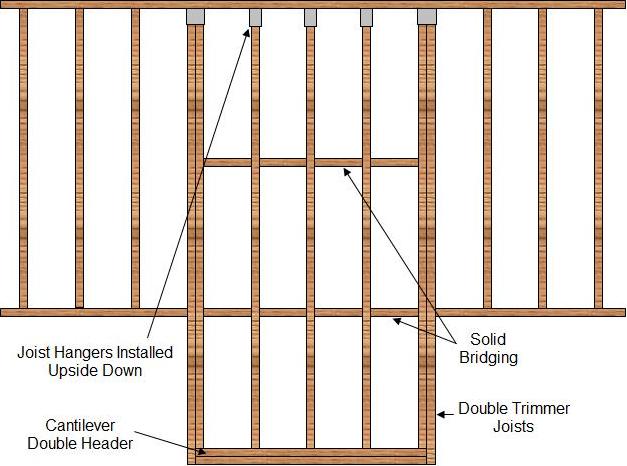 In a case where the joists are running perpendicular to the cantilevered portion, a special problem arises. In order to use the rule of thumb noted above, the overhung joists must be counterbalanced by an extension at least three times the length of the overhang, as shown in Figure 4. 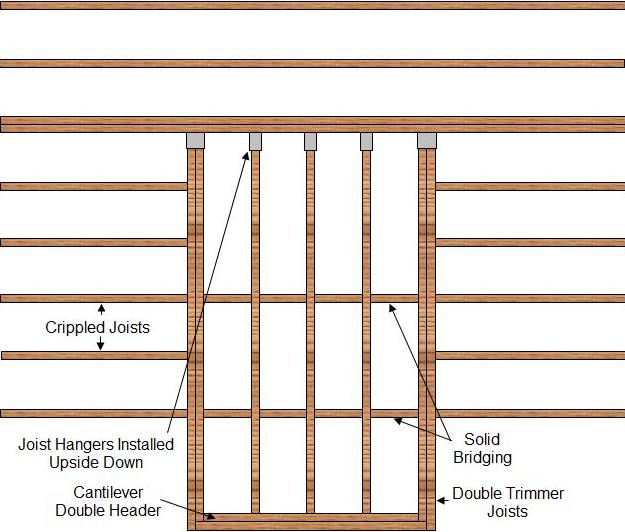 Essentially, we have a condition similar to framing an opening, in that we are left with crippled joists. The solution to the framing problem is shown in Figure 4. If you are going to design a cantilever that is perpendicular to the joists do not make it longer than 6 feet.