The use of cantilevers in house design is relatively common. From simple balconies that extend past supporting walls to having large rooms suspended from only one end. Many architects have made their name by using cantilevers in their designs. Frank Lloyd Wright's house design for Edgar Kaufmann, Jr., (Figure 1) uses cantilevers extensively throughout the design. 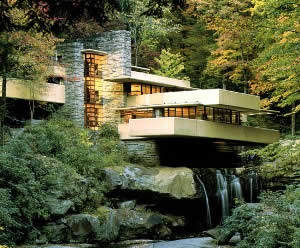 Figure 1 - Extensive use of cantilevers on house

While the use of cantilevers in home design is quite common so are the problems that come with using cantilevers if they are not designed and installed properly.

Figure 2 - The cantilever supports the outside wall only and a beam is used to transfer the roof load to the foundation.

It should be noted that the maximum length of the cantilever, when supporting a roof load, is usually limited by local building codes.

It should also be noted that cantilevers should not be used to support a second story floor load unless the design is specifically engineered to do so. The engineering not only has to be structurally sound but must be designed to all but eliminate possible deformation, motion and vibration of the cantilevered floor system.

Always remember that building codes are safety, not comfort related. Passing the building code may not provide sufficient structural support of the cantilever to prevent unwanted vibrations throughout the home.

It is critically important, that within the design considerations, that room usage, and additional weight of furnishings be taken into account.

While deformation and motion will generally only occur within the cantilever floor system, vibration may be transmitted throughout the entire house.