Joists are installed based on the configuration and structure of the home. Cutting and/or removing joists to provide an entry or access can be the most difficult part of the overall project.

In order to maintain the support integrity of the ceiling or floor joist or rafter system, it is important that if joists are cut that the load that was bearing on those joists be transferred to a modified support system.

If you need an explanation of support walls in construction you can find additional information at: Load Bearing Walls

Builders seldom add more material than is necessary to meet code and the code is based on certain load and stress factors.

The following diagram (Figure 1) shows the floor or ceiling joists after the access hole has been cut to install a new flight of stairs or provide an attic access.

There are some important points to highlight. 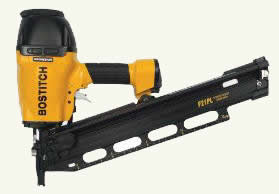 Install two nails every 6 to 8 inches across the full length of the new joists, from both sides if possible.

Using construction adhesive across the length of the new joists and where joists are doubled adds a secondary level of strength to the structure.

You can also use this methodology for the installation of a skylight, if the ceiling joists have to modified in order to make it fit properly.