If we had determined that our soil can only have a maximum load of 750 psf we would have needed 2,700 ÷ 750 = 4 deck support columns equally spaced. 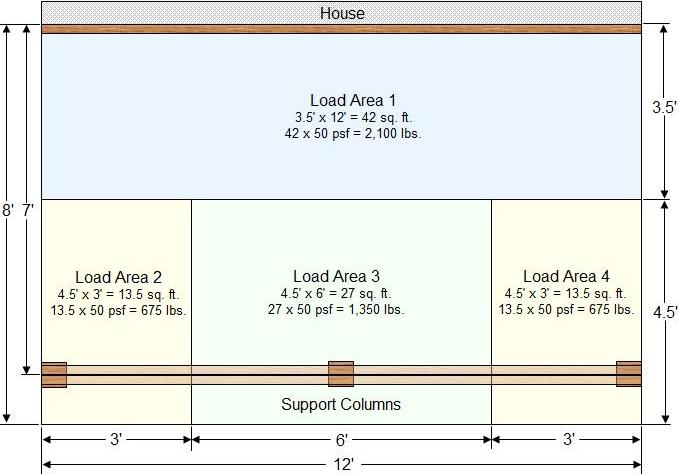 In Figure 3 we have placed the deck support columns under the beam, one at each end and one in the center of the beam.

The load that each deck support column and the ledger are carrying is shown in different colors as the individual load areas. Note, that the load for area 2 and 4 are the same. The loads for areas 1 and 3 are different.

Based on our original design criteria of a maximum of 1,250 pounds of load per deck support column, this design is not structural sound or suitable.

Where did we go wrong? 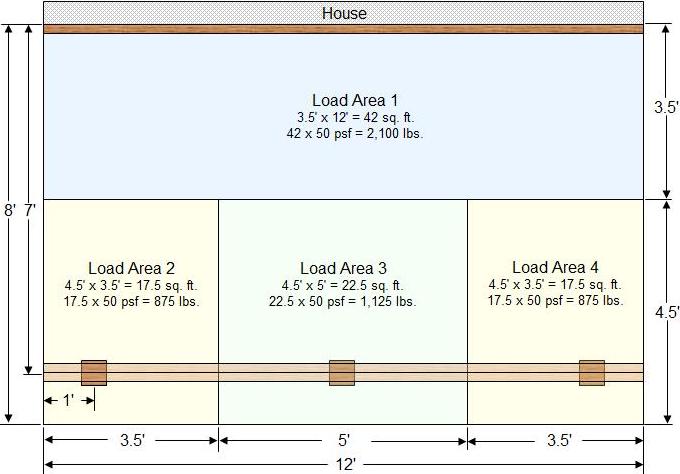 Note: It would appear that if we moved the end deck support columns in even farther than 1 foot that we would be able to balance the deck loads even more. In theory that would be correct. However, the use of cantilevers can create a host of different problems.

It is important to remember that the deck transfers its load to the ledger and the deck support columns, hence the ledge has to be properly and securely connected to the house and the columns in turn, have to transfer their load to properly designed footings.