Note: You can use three 1/2 inch lag, carriage or hex bolts and install them in a formation as shown in Figure 7. 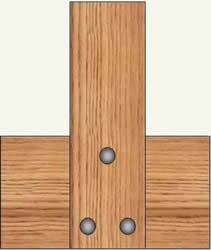 Note: You should check the tightness of the bolts at least once a year.

Note: If you have a single rather than a double rim joist for added strength use should add a piece of lumber between the floor joists at the point where the deck posts are being secured, as shown in Figure 8. 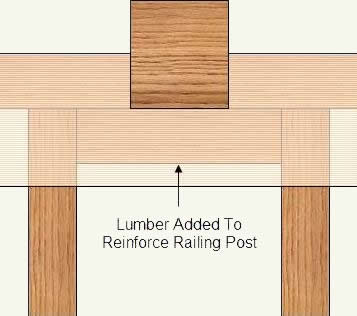 You can angle cut or round of the bottom of the outside deck post for aesthetic purposes, as shown in Figures 9 & 10. 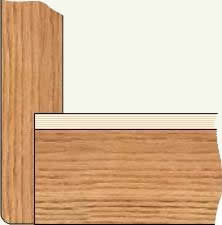 Corner posts should be bolted on both faces, through the rim joist and the floor joist.

The installation of an inside mounted deck post is similar to that of an outside post. The differences are: 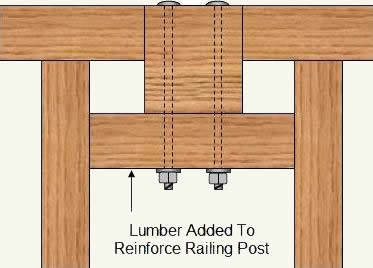