With the hurricane season upon us, the increased abundance of tornadoes that have spawned over the last few years and the general shortage of electrical power on the nations grid, more and more homeowners are considering the installation of a standby electrical generators to provide emergency power in the event of a utility electrical power outage. 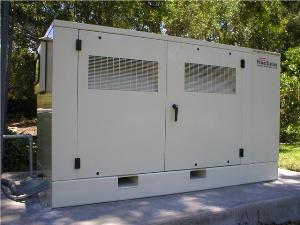 Standby generators, as shown in Figure 1, provide security and a level of comfort in the event of a utility power failure. They can maintain an indoor climate, provide lighting, keep food from spoiling and allow a family to function.

Standby generators differ from portable generators in that they are permanently installed and have a permanent connection to a fuel source, either diesel, propane or natural gas.

Residential standby generators come in three basic sizes, 10kw, 15kw and 25kw. Prior to purchasing a standby generator it is important to determine what items the homeowner will want to power in the event of a utility power failure. The calculation is relatively easy, with the exception that it takes some basic knowledge of how an electric motor demands power when it turns on (a motor, on start-up, can require as much as three times the energy needed once it is running).

One should also bear in mind that the load placed on the generator is “what is currently demanding power”. In other words, it is possible to have a greater number of items wired to the generator than the generators power output capacity can handle as long as not all the items are running at the same time. As an example, two of the largest power consumptions in a home are the range and the hot water tank. If you connected both of them to the generator you could size the generator on the basis that only one would operate at any given time. You could manually turn the hot water tank off while you were using the stove to cook and then after you finished cooking you could turn the tank back on. 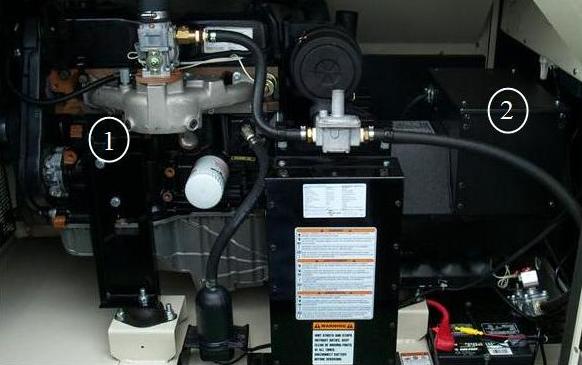 I generally recommend the use of propane (Figure 4) over natural gas to power standby generators. The reason that I recommend propane is that the fuel supply is self contained, in a buried or above ground tank, on the homeowner’s property.

Additional information on choosing a fuel for your standby generator.