Although this is more expensive (the cost of the tank and its installation), than connecting directly to a natural gas pipeline, it provides much better electric power security.

In many cases, especially disasters caused by hurricanes and tornadoes, natural gas pipelines are shut down to avoid fires and explosions in the damaged areas. Having a standby generator without a fuel source, doesn’t accomplish anything. 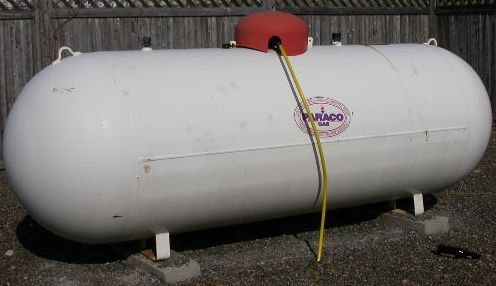 Figure 4 - Above ground propane tank for a standby generator 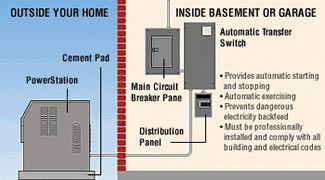 If you are considering the installation of a standby generator there are some considerations:

Click on the label, to obtain a full size version, that you can print on label stock and adhere to your electrical panels.

If you have installed a standby generator and are using an automatic transfer switch you should put warning labels, as shown in Figure 6, on all the electrical panels, stating that turning the main breaker off will not necessarily shut the power down to electrical devices.

Individuals have been electrocuted servicing a home’s electrical system because standby generators have started up and replaced the utility power that was supposedly turned off at the main breaker.

Do not install a standby generator in your home, basement or attached garage. Standby generators exhaust carbon monoxide, which in a strong enough concentration are lethal.