Once all the horizontal and vertical supports are in place, you can add the deck for the mattress on the top supports and the table for the desk on the lower supports, as shown in Figures 9 and 10.

The upper deck should be a minimum of 5/8 inch thick material. Either OSB or plywood. The best material to use for the desktop is OSB that has a finish veneer. A finish veneer such as Formica works well. Most big box retailers sell pieces of Formica veneer OSB in 16 inch widths with finished edges. 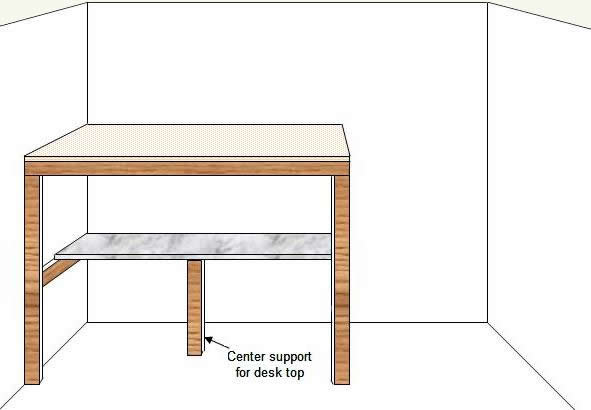 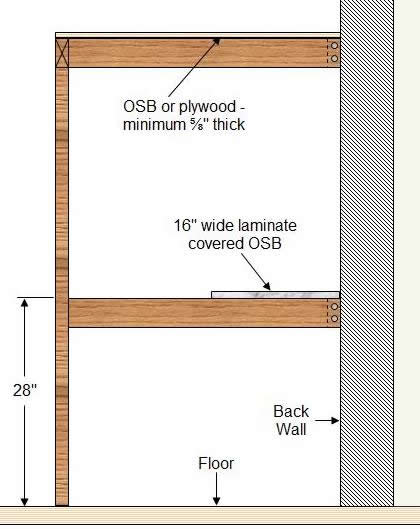 The upper loft bed deck should be screwed to the 2 x 4 frame ever 6 inches using 1 1/2 to 2 inch, #6 or #8 flooring screws, the use of carpenter's glue, while not mandatory, adds additional strength.

The desktop should be held in position using angle brackets (Figure 11) mounted from underneath the frame. One angel bracket at each end is sufficient to hold the desktop in position.

A standard twin size mattress could now be placed on the upper loft bed deck and for all intent purposes, other than a ladder to get up to the bed (construction shown further on), you could call the project complete.

However, in most cases a small railing is installed around the mattress. There is no need to install a railing against the two solid walls. You may wish to have a railing on the open front and the open side.