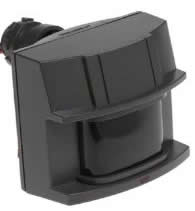 Usually the most difficult part of installing an independent motion sensor is capturing the feed to the current light fixtures. The light sensor must be wired to the incoming feed in the same manner as if you required a switch to turn on a bank of light fixtures.

It should be noted that it is complex to install a single motion detector that controls light fixtures that are on different circuits and requires additional electrical hardware - namely an electrical contactor, as shown in Figure 2. 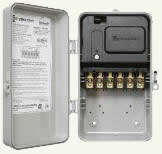 For the purpose of explanation we will be installing a motion detector, to turn a group of outdoor lights on, that all reside on the same circuit and are connected in parallel to one another.

The most convenient spot to pick up the feed is at the switch that currently controls the lights. The wiring diagram for the current circuit will look similar to Figure 3, the number of lights on the circuit may vary.

The motion detector can be installed in 3 different manners:

Figure 5 - Motion detector wired in series with the light switch

Figure 6 - Motion detector wired in parallel to the light switch

As shown in Figures 7, 8, and 9, motion detectors and light fixtures come in a variety of configurations: 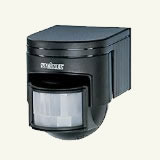 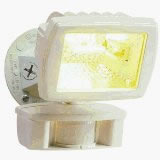 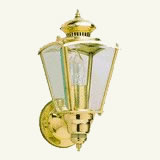