Everyday new electrical devices and appliances are offered to us. As an example, just a few years ago a television required one electrical outlet. Now, to watch TV we must power the television, the cable box, the high definition converter, the DVD and surround sound system. Older homes do not have the quantity of receptacles that a new, modern home needs, to conveniently power these devices.

Adding a new electrical outlet (receptacle), (Figure 1) to an existing circuit is not a complex project and most home handymen should have few problems in completing the project.

If this electrical outlet (receptacle) is for a flat panel TV, and includes electronic signal connections the finished box may look similar to Figure 1a. 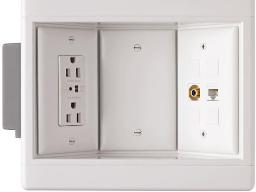 On the same note, if you have a circuit which is near its maximum load, adding an additional outlet (which one supposes is meant to power some device), may be enough to cause the circuit to trip the breaker or blow the fuse.

There are two primary considerations:

The first determination is to locate the spot for the new electrical outlet. You want this spot to be a hollow wall and not directly on top of a wall stud. Using a piece of masking tape mark this location.

Do not start cutting or making any holes in the wall. 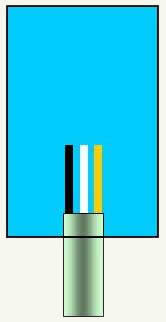 Figure 2 - Electrical box for a switch, with one cable will not have "live power" in the box.

Electrical box for a receptacle, with one cable, providing it is not also controlled by a switch, will have "live power" in the box.

Figure 3 - Electrical box with two or more cables will have live power in the box.

Figure 4 - A pull chain lamp holder, providing it is not also controlled by a switch, will always have live power in the electrical box.

It is relatively easy to determine if you have un-switched live power in an electrical box.

If it is a switch box, remove the cover plate, if it is a light fixture remove the fixture. and see how many electrical cables (see note) currently are in the electrical box.

Note: An electrical cable is a grouping of two or more electrical wires within a common sheath.

In a situation where you have 3-way and 4-way switches, only the first switch in line has live power all of the time. If you follow the highlighted links you can find specific information on these types of circuits which should help you determine if you have live power in a 3-way or 4-way switch configuration.