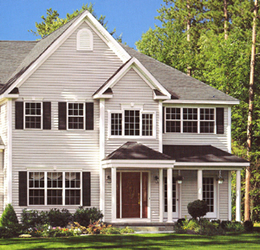 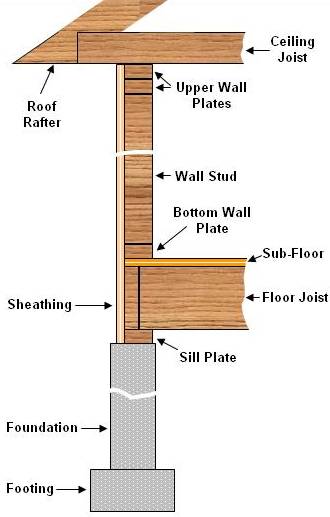 Before we look at the possible veneers and sidings that are available, it is important to understand the basic construction of your home as shown in Figure 2.

The house framing, its support, sits on a foundation wall which in turn sits on a footing.

The 2 X 4 or 2 X 6 stud wall framing sits on the sub-floor which rests on the floor joists. This framing supports the roof joist and rafter system or pre-manufactured roof trusses.

An outside layer of sheathing covers the stud wall and provides twisting and bending structural support in order for the stud walls to carry the weight of the roof or in some cases a second and third story. The sheathing also provides a surface to connect the veneer or siding to the house framing.

From a structural standpoint the siding or veneer does not carry any of the load of the home or at least it shouldn't.

The thickness of the foundation wall will vary depending on the type of veneer chosen for the home. 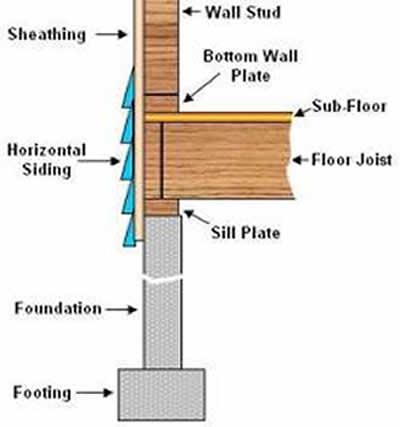 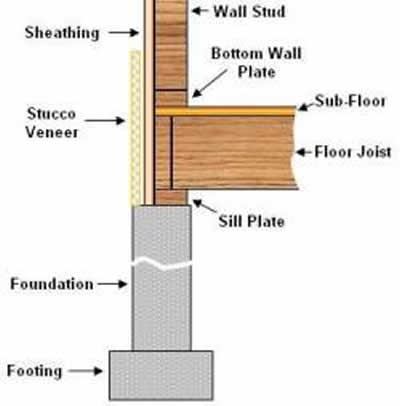 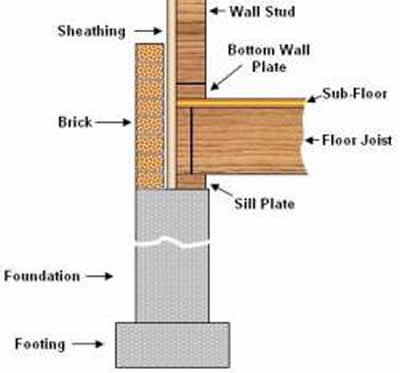