Figure 1 - Parts of a wood screw

All wood screws are made up of three parts, as shown in Figure 1. 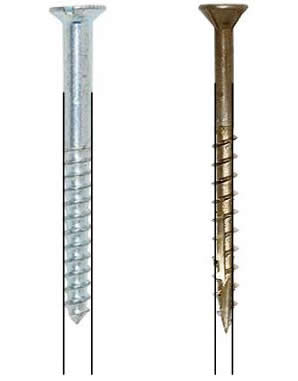 Why is the difference in shank diameter relative to the thread diameter important?

There are two reasons:

How to remove rusted screws.