Screws become loose due to thermal expansion and contraction during changes in climate and from general house vibration. Make sure that these connections are tight.

It is not uncommon to have these wires become loose over time. A loose wire will cause an intermittent circuit.

Note: There should only be one wire on each fuse or circuit breaker terminal or one wire in each lug. If there is more than one wire, it is an incorrect wiring method and should be corrected. To learn more about rectifying this problem visit: Splitting Two Wires On One Breaker

If the style of circuit breaker that you have uses a lug, a similar connection scenario applies as with the screw terminals on the side of a switch. Only the bare portion of the conductor should be under the lug screw or clamp.

Checking the tightness of screws in the distribution panel should be a yearly preventive maintenance project for all homeowners.

If you identified any loose or broken wires and corrected the problem, turn the power back on and see it the original flickering problem has been corrected.

Check that device for loose connections as described in Page 2.

Check each and every device and wire nut in the circuit until you find one that is either damaged or not put together properly. Make the repair or replace the device, turn the breaker back on or install the fuse and see if you have solved the problem.

Note: It may not make any sense, but it is possible that the problem exists in a joint just past the light fixture in question. As all of the neutral (white) wires are tied together, if there is a bad joint in a group of neutral lines in the next device (switch, receptacle or light fixture) down the line from the light fixture it can cause problems in the previous light fixture.

Small animals such as mice, squirrels, raccoons and other rodents in attics and walls will chew through electrical wiring insulation, as shown in Figures 6 and 7. As well as do other damage and create a health hazard for you and your family.

Wires that have been or are being chewed can be a cause of intermittent electrical circuits. 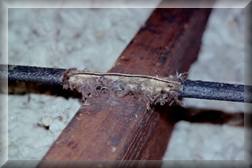 Inspect the attic and look for signs of wildlife. Look for areas where insulation appears to be out of place and areas where electrical wires cross over joists.

If you discover electrical cables that have had their insulation removed, the proper method of fixing the problem is to replace the piece of wire or cut in two junction boxes to replace the damaged section, as shown in Figures 8.

Do not make open air joints. All electrical connections must be made in electrical boxes with covers. 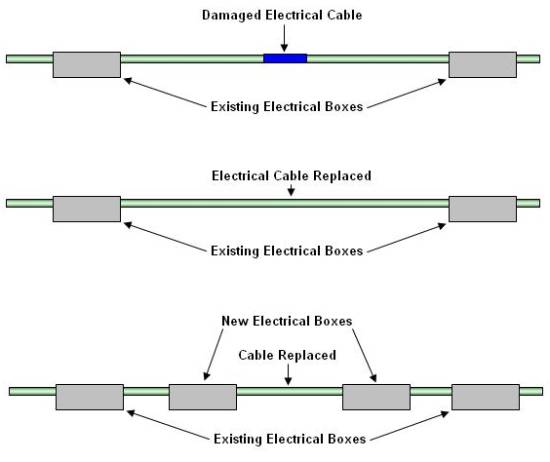 If only the external covering of the cable has been chewed and the bare copper conductors are not showing, (Figure 9) you can do a repair using at least 2 layers of electrical tape. 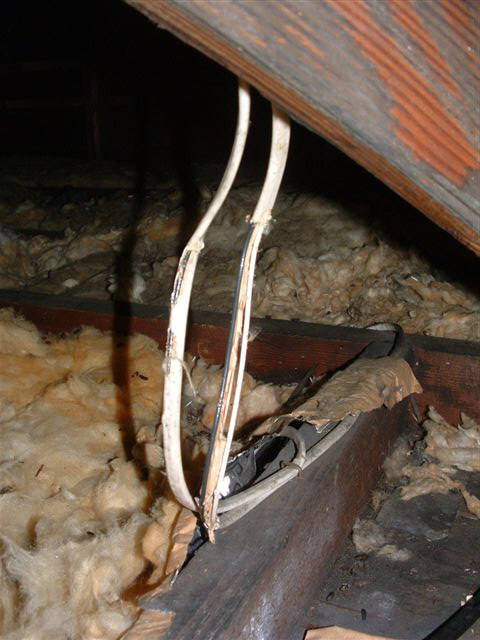 Of course it is important that the rodents be removed from the attic or walls to prevent further damage and to remove the health hazard.