In our example we know we will need 4 new 15 amp circuits to provide the necessary electrical services for our finished basement, attic or addition. We now have to look at the electrical distribution panel (load center), Figure 1) to see if we have the necessary free breaker positions.

Note 1: For this exercise we will presume an electrical panel with circuit breakers and not fuses. If you are going to the expense of adding an addition or finishing a basement and still have a fuse panel in your home, now is the time to consider replacing it with a breaker panel! 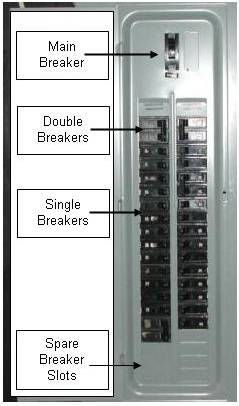 Your home electrical distribution service is made up of one or more electrical breaker panels, called distribution panels or load centers. Each breaker represents a separate circuit. If your electrical panel looked like the picture on the right, you would have 7 free spots for additional circuit breakers. This is not always the case. Many electrical panels are filled with breakers requiring you to add a sub-panel in order to have more breaker positions.

The best way to add a sub-panel is to feed it from a double breaker in the main distribution panel (load center) which if the main panel is full, would require moving 2 of the current circuits to the sub-panel, opening up a space for the new double breaker.

We have determined that we have enough free spots in our main electrical distribution panel to add the 4 circuit breakers required.

The next stage in the exercise is to take our original draft layout and refine the drawing by adding additional wall electrical outlets (receptacles) and determining which items will operate from which of the 4 circuits.

I find it much easier to use colored circles to define each of the different circuits, Figure 2. At this time it is also wise to add the electrical switch locations into the drawing to ensure that you do not try to control 2 circuits with one switch.

Note: This is not a diagram to indicate how to run the wires. It only represents which electrical devices are on which circuits. 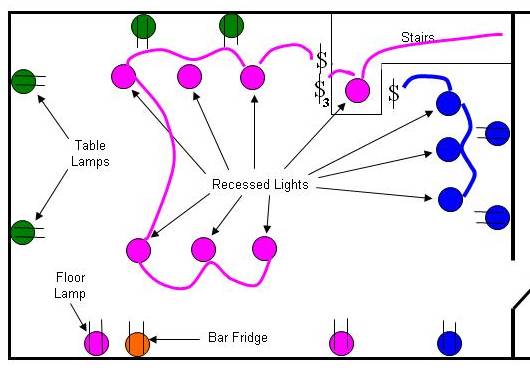 Figure 2 - Determining circuits for an addition or finished basement

From this plan we can determine that we have balanced the load for all the circuits as shown in Table 1.

Figure 3 is a drawing showing one approach that might be utilized based on a subjective location of the distribution panel (load center) and free access to each of the devices.

When commencing the electrical installation start with installing all the electrical boxes in their appropriate positions. Then run the wires. Install the breakers after all the wires have been terminated.

Installing the devices such as electrical switches, outlets (receptacles), cover plates, and light fixtures is termed the trim-out and is usually done towards the end of the project, after painting.

You should consider structured wiring for your TV, Media center and telephone.