The vast majority of home electrical receptacles fall into 5 installation categories. The style of the receptacle, standard, Figure 1 or decorator, Figure 2, does not change how it is installed:

Duplex wall receptacle where the upper and lower sockets are split and powered from separate breakers. This is very popular in kitchens to provide more power to countertop appliances. 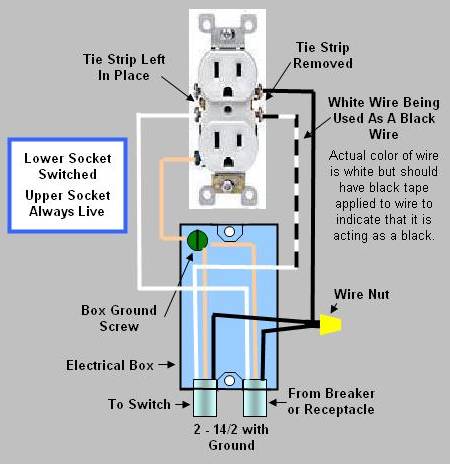 Figure 3 - Duplex wall receptacle (outlets) where the upper socket is always live and the lower socket is switched, (circuit 1).

This configuration would indicate that this receptacle is the last device on this circuit.