How to construct a staircase.

It somewhat difficult to give a set of definitive instructions on how to replace stair treads as their are hundreds of different scenarios with respect to newels, balusters and trim moldings. The complexity is also aggravated by the inherent fact that staircases are not designed to be taken apart. The higher the quality of the staircase the more difficult it is to repair stair treads. A well made staircase has all connecting materials glued into position, with any mechanical fasteners hidden. 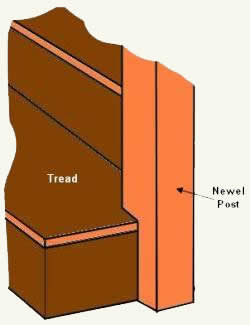 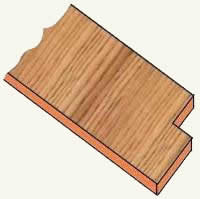 Following are some illustrations and methods that can be used to replace stair treads. Survey your staircase and the stair treads and then determine which of the methods may be of use to you.

Newel posts can be anchored in a variety of different ways, mostly dependent on the design of the newel post. Many are mounted from the inside of the stringer, making it almost impossible to remove it, without access to the underside of the staircase.

Whatever the situation, you will have to find a method of removing the baluster in order to gain access to the stair treads.

The best tool for removing the moldings and eventually the stair treads is a 7 inch mini pry bar, as shown in Figure 3. Always use a small block of wood under the pry bar to avoid damaging other staircase members. The riser should be behind the stair treads so it should not impede the release of the stair tread. 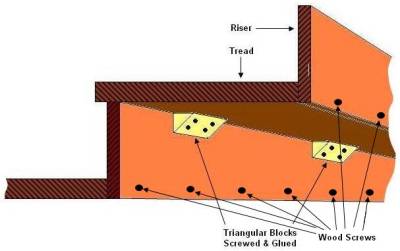 Figure 4 - Stair treads fastened with triangular blocks from underneath 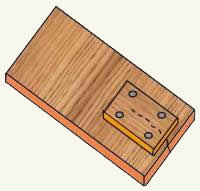 If you have these types of fastenings on your staircase it is almost impossible to remove the stair treads without access to the underside of the staircase.

A split stair tread does not necessarily have to be replaced, it can be repaired, providing the split is not in the nose area or over the edge of the riser.