Many designers, it should be noted, consider the 2 inch, 3 inch, or 4 inch thick planking to be insulation enough. In cold climates the 2 inch planking should be beefed up with 1 inch or more of rigid insulation.

If you use thicker insulation board, you will have to use very long roofing nails, not always immediately available. The finished roofing is applied above the insulation, as shown in Figure 5. 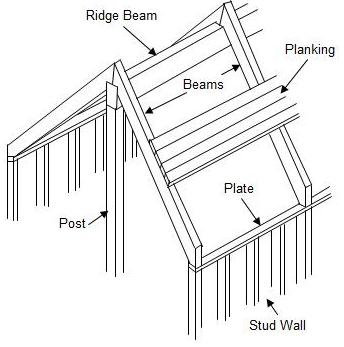 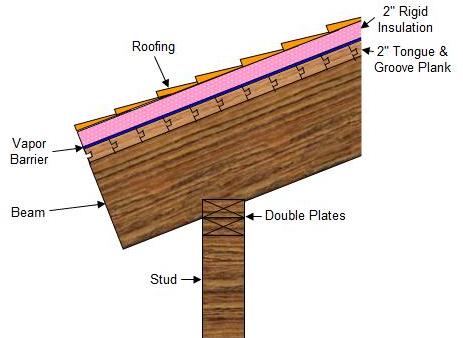 One major structural problem must be surmounted when using this kind of construction for the roof – the problem of outward thrust, as shown in Figure 6. The load of the roof, the weight of the rafters, planks, finished roofing, and snow loads, pushes down and outward, tending to flatten the roof and push out the walls at the point of roof support.

This problem is not encountered in framing a roof with an attic, because the ceiling joists act as ties to connect the opposite supporting walls and counter the outward thrust, as shown in Figure 7. Since we have eliminated the ceiling and therefore the joists, we must seek some other remedy for this non-static condition. The rafters may be tied together at the top with collar beams that become part of the exposed roof, as shown in Figure 8. 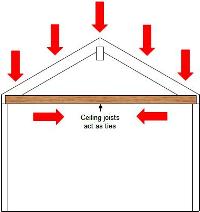 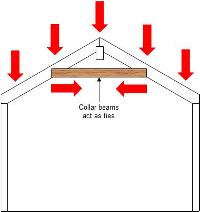