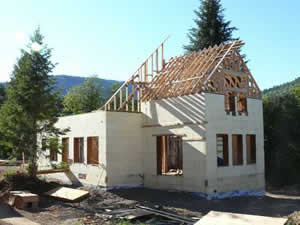 In most northern climates the snow loads are the greatest and, therefore, govern the roof’s design. In many areas of the northern United States the design loads for roofs will vary from 20 to 30 psf depending on the sloop of the roof. If the roof is very steep, the snow will tend to slide off it. If the roof has a more gentle slope, the snow will remain where it is, piling weight onto the roof structure. The design load for gently sloping roofs is, therefore, greater than for those that are more steeply pitched.

The slope of the roof can be analyzed by comparing the rise to the run, as shown in Figure 2. If the run of the rafter is 10 feet horizontally and the rise is 5 feet vertically, then the slope is 1 to 2, or expressed in inches, 6 to 12 (6 : 12). The flat roof will have a design load based on the climate and whether or not the surface is to be used for human traffic or recreation. 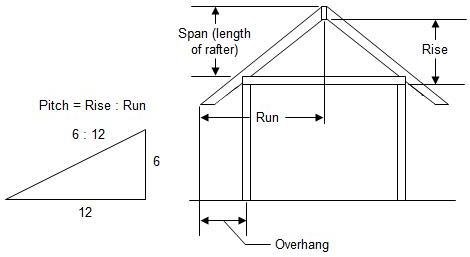 Figure 2 - Calculating the slope of a roof

Rise: The vertical distance from the top of the plates to the middle of the ridge.

Run: The horizontal distance between the center of the ridge and the middle of the plates.

Although there are many attractive roof shapes used by the contemporary designer, we will concentrate our discussion to the framing of the three most popular kinds:

The pitched roof with an attic is the most commonly used roof and is a continuation to the light-frame construction used to build the floors and walls. The elements used in this kind of framing, the ceiling joists, the rafters, and the ridge, are shown in Figure 3. 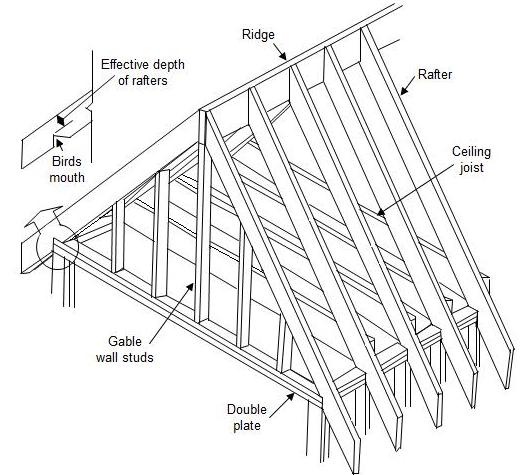