When you strip the insulation from the wire, ensure that you do not nick the copper wire, as shown in Figure 8. Nicks in the copper become instant weak points, so that when the copper wire is twisted, in the case of a wire nut, or bent around a screw in the case of a device, it will usually break at the nicked point. A nick in a wire, literally becomes a fuse link as its current carrying capacity is reduced.

To connect wires to terminal screws on a device such as a switch or outlet (receptacle) the bare end of the copper wire should wrap itself around the screw clockwise, until it forms a horseshoe around the screw and under the screw head.

The screw tightens clockwise and by wrapping the wire in the same direction you tighten the wire around the screw rather than actually loosening the wire connection if the wire is wrapped in a counterclockwise direction.

By not wrapping the wire around the screw terminal, you actually force the wire away from the connection as you tighten the screw. As well you force the screw to an angle which loosens the pressure on the wire, which overtime can slip out from under the screw head.

A physical or mechanical connection, to avoid over heating at the connection point, is extremely important. As with most things there is the right way and wrong way to connect a wire to the screw terminal of an electrical device such as a switch or outlet (receptacle). 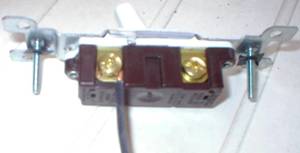 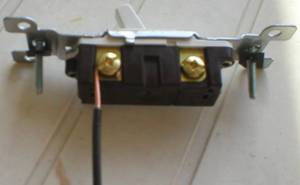 Figure 10 - Incorrect terminal device wiring, wire has been stripped back to far

Figure 10 shows the insulation on the copper wire stripped back to far past the base of the device. This can create shorting to metal electrical boxes and other wires. 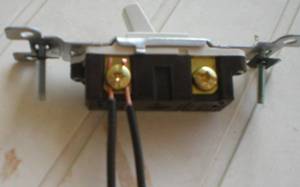 Figure 11 shows two wires under one screw terminal. The wire to the right of the screw will attempt to push its way out from under the screw head. 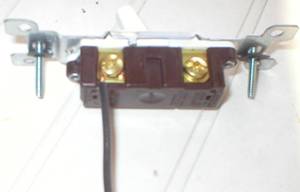 Figure 12 - Correct method of attaching a wire to a device terminal screw.

Figure 12 shows the correct method of attaching a wire to a device screw terminal.

Installing or replacing a receptacle (outlet)